To measure is to know. The question is whether measuring also leads to besting. In this blog I compare the results of the exercise tests of the athletes I coached in 2021. The average progress of the eighteen tested athletes is 6.6%. Fifteen athletes performed better in their second test, one the same, and two less.

The simple answer to the question of why you would do an exercise test obviously is: to measure is to know. We live in a time when amateur athletes can also take tests that professional athletes only dared to dream of not so long ago. Every self-respecting athlete has a smart watch that measures heart rate and speed. More and more cyclists are riding with a wattage meter, and if you ask around at the club, chances are that the majority of your club members have already made the trip to a sports doctor or coach to have an exercise test done.

In short: we measure a lot. But do we also know more when we measure? Given the popularity of Strava and TrainingPeaks and the posts on social media, tons of data is shared. But what does that actually mean, a bike ride with a normalized power of 210Watts? Or an endurance run at 4.50/km with a heart rate of 140? Ok, you build up your own reference when you log your data. And yes, I’m the first to admit that data isn’t everything and that being in tune with your body, soul and spirit is just as important. But if you collect data, the question is how to use it to train more effectively.

As a coach, I like to use data to help athletes to train smarter. Data is different from information. Data requires interpretation. That is why tests are an integral part of the Personal Coaching package of 3in1Sports. An exercise test is part of the intake of a new athlete, and athletes are tested at least every six months. The data from those tests is used as input for the training program. The goal: performance improvement. Run faster, pedal more watts.

Having fun during training is obviously very important. Making progress and enjoying the hours spent swimming, biking and running go together very well. They are not each other’s opposites as some might argue.

2 What and how to measure?

What to measure depends on the type of sport. The focus of this blog is on running and cycling. To collect valuable data, you need speed (running), wattage (cycling) and heart rate. Lactate readings provide the opportunity to gain deeper insight into how you generate your energy. That information is important input for your training program. 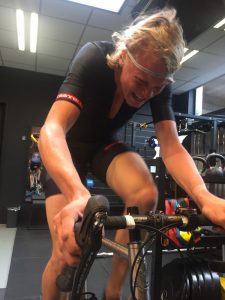 Dozens of test protocols are applied. It is true that you can determine your FTP with a protocol on Zwift. That has some value, but is less suitable for ‘looking under the hood’. An FTP test does not provide insight into what energy sources are used by an athlete across different intensities. To know this, you also need lactate data, based on an appropriate protocol. I use the System Based Training protocol, developed by exercise physiologist Shannon Grady, to analyse and interpret the data.

That protocol includes at least four minutes per step to allow lactate levels to stabilize and to minimize the anaerobic bias associated with shorter protocols. The test starts slowly (running: at least 1 minute/km slower than threshold; cycling at least 100 Watts lower than threshold, up to 200 Watts lower for athletes who have an FTP of more than 300 Watts), so that you get enough observations for the entire range of intensities. The test ends at exhaustion. And that’s a thing. During a test you not only measure objective data, but as a coach I also gain insight into how an athlete functions when he or she goes to the limit.

3 From testing to training 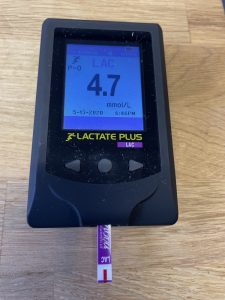 The second question: does the exercise test provide such insight that it also exposes the foundations of your athletic performance? And can it question the fundamentals of your training program if the results demand so? I’ll give an example. Last spring I tested a triathlete we came from track athletics. He preferred the 1500, 3000 and 5000 meters and had 5km PB of 15:02. His test data showed that he was aerobically limited and anaerobically strong. He liked to train hard, and typically training harder than the schedule demanded. Exactly what you don’t want for an Ironman-distance triathlon, on which he wanted to debute. The test data gave him the mirror he needed. He drastically reduced the intensity of his training sessions and had a great rookie performance in his first full-distance triathlon.

If you want measurement to lead to improvement, the test must be translated into your training program. In measuring is knowing, you can see how this is done at 3in1Sports. It is precisely at this point that things go wrong. Ideally, the training program is created by the person who did the test. That person should have the knowledge to do the correct interpretation that informs the training program. If you take a test from someone other than your coach, your coach will have to do that. This requires him or her to be equipped to make that translation.

You can also try to translate your test results yourself into your program, which you coach yourself. It is not impossible, but you have to do serious (self) study to be able to do this.

4 Does testing lead to besting?

Of the eighteen athletes, fifteen improved in the second test. One athlete scored exactly the same and two athletes scored less. The mean difference between the two tests was +6.52%. For someone with an FTP of 250, that means an improvement to 266 Watts. For running, this translates into an improvement of 4min30/km to 4min13/km.

For the athletes who did not progress, the test results are a good reason for further questions and deeper analyses. How consistently did someone train? Is the diet in order and is work, sport and social life in balance? You can also see the added value of testing here since the test results invite to ask further questions and make necessary adjustments to the training program.

It obviously is relevant what group of athletes are tested. Of the eighteen athletes, one started endurance training less than a year ago. The others have enjoyed at least five and often ten years or more of endurance training. The average age is 44 years. The youngest athlete is 23 and the oldest 64. 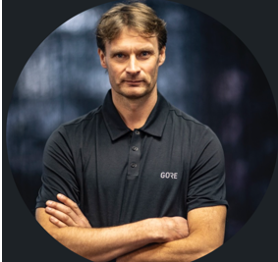 This means that the majority of the tested athletes fall into the category in which ‘the literature’ expects decline. People in their mid-forties who have been training for years: this group seems to be little room for improvement. The test results however show that with targeted training, you can get better against the decline that comes with ageing.

To zoom in on the effect of ageing, I compared the group of ‘young athletes’ with the ‘older athletes’. The four athletes under the age of 40 improve on average by 10.3%; the fourteen athletes over the age of forty averaged 5.3%. I acknowledge that this sample size doesn’t meet the statistical standards, but it does confirm the studies that show that young athletes have more room for progress than older athletes.

Do you also want to know what an exercise test or Personal Coaching trajectory can do for you? Feel free to make an appointment.