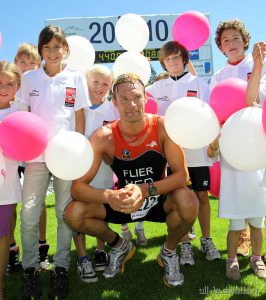 I have been a triathlete since 1990. During 1991-1998 I study Business Administration and Japan Sciences at the Erasmus University Rotterdam. During the years 1998 to 2003 I work on my PhD research on strategic renewal. That subject fascinates me, but more importantly, I can live for the sport during that time. It results in a Personal Best on the IM distance triathlon of 8:28 (Almere 2000) and two Dutch titles (Almere 2001 and 2002). During IM Brazil in 2003, with Hawaii qualification as a professional at my fingertips, I realise that I have completely lost my passion for triathlon. I pull the brakes, quit that race and don’t know if I will ever return to sports.

From January 2016 – January 2020 we live in Ethiopia, where we manage Alfa Farm. Together with three other Dutchies and fifty Ethiopians, we take care of the four hundred Dutch cows that have been flown in to move the local dairy sector forward. We live in Debre Zeit, close to Addis Ababa, at an altitude of 1900 meters. I enjoy the climate and the beautiful running and mountainbike trails, keep up my swimming in the 50-meter outdoor pool and in the nearby Babogaya lake. Inspired by the Ethiopian runners, I attempt to run a fast marathon in Rotterdam in April 2019, where I run at a 2u36-pace for the first 25 kilometers, only to finish with walking the remaining 17k.

Together we are passionate about nutrition. We love to shop at the market for fresh, grown-by-nature food and then prepare a healthy meal (a little bit of Bert and a lot of Tabitha). Flavor explosion bombs, and also super healthy. Ideally, we eat the meal while enjoying a good movie. I enjoy a good book and love to write.

I am a jack of all trades with a broad mindset who loves to work with people. My sports background is squash: I played in the top league in the Netherlands, I still do that when I am in the Netherlands. During our years in Ethiopia I took up tennis. As Bert’s wife I was seduced to do a triathlon: a sprint distance the day before Ironman Kalmar in Sweden. I liked that so much that I said: I also want to do an Ironman.

I have a Master in Educational Science and I operated in that area with the Amsterdam police force. After a series of additional courses, I started my own company in 2010: Lijftime. 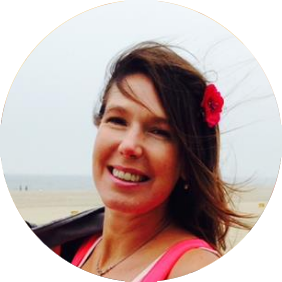 My clients consider me a good listener who asks the questions that initiate an in-depth awareness process. In addition to nutritional coaching, I provide training in “living a vital life” and the meaning of life. I also provide training at companies and churches in the field of communication, self-awareness and mental vitality.

For 3in1Sports I provide nutritional coaching. During the training camps I rule the kitchen;). My goal is to make every meal a feast that is tasty, healthy and full of good ingredients, so that after the camp you will be inspired to prepare a delicious, healthy meal in your home kitchen.